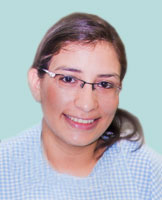 Life had a big surprise in store for Maria Loaiza from el Oro Province since she was to mother triplets. Thanks to the 7 pre-natal controls program that the Junta de Beneficencia has put in practice at the Enrique C. Sotomayor Maternity Hospital, she was attended to free of charge during birth and the little ones were included in the Mother Kangaroo Program.

Maria did not know how to react when she found out she was to be the mother of triplets. She was happy, sad, she would laugh or cry. In a medical center, located in El Oro Province, they told her she was to have twins, but, through another eco, it was finally confirmed she was to have triplets "I was worried and surprised because, as you know, I haven't the resources. So I decided to go to the Enrique Sotomayor Guayaquil Maternity Hospital since I had very good references. They told me it was the best one and now I am convinced it's the best Hospital through which to bring my children into this world", says Maria.

This young mother arrived at the hospital when she was 12 weeks pregnant. Checkups were immediately performed to confirm the babies' health and, once again, triplets were confirmed. It was then that Maria decided to enter the 7 pre-natal controls program. "If I submitted to those 7 controls recomended by the doctors here at the Maternity Hospital, birth would be free of charge, a big help with expenses. I would come from El Oro to comply with each control so as to include the babies in this gratuitous program", she explained.

Maria gave birth to three beautiful babies after 32 weeks of pregnancy. They were called Samael, Samir and Thiago. They were born prematurely but with adequate size and weight. One of the babies was in intensive care for a day and was later transferred to a thermocrib section alongside his little brothers.

"Gratuity included the entire childbirth process...All the treatment received, test, thermocribs, it was all gratuitous and a big help since 3 babies require sizable expense. The maternal experience was very good. The doctors and nurses were always attentive and kept me well informed regarding the babies' condition", she pointed out.

“Thanks for helping me bring my child into the world” 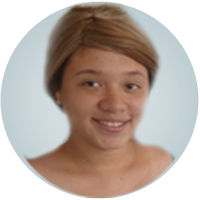